On the 4th of March, our young Graduates Development team went on their very first functional weekend in Breda. After weeks of meetings at the Vrije Universiteit Amsterdam, this was the first time we would meet in a new setting. Within this weekend we got the chance to work on the brainstorm and develop our strategies for this year. 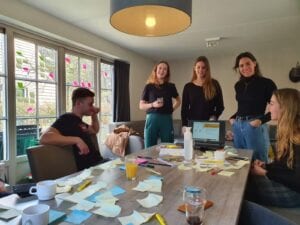 The weekend started on a Friday afternoon in Katjeskelder, a holiday park suited in the quiet wooded area of Breda. As all members of the Graduate Development Program 2020 started to arrive, the excitement of our group became noticeable. Some board members and participants of the project have known each other through Aureus, our study association which initiates this project every year. For others, this was the first time to meet the team with whom they would work closely for half a year until their journey to Jamaica in July.

On the first evening, the team was eating pizza, playing some games to get to know each other and having some drinks. Eating and having some drinks might be the best way to start our first evening of bonding! We played games like ‘two truths and a lie’ and ‘who/what am I’ to start the conversation. Another game, that can truly show us ‘who we are’ was a beer pong tournament which made clear who had their eyes on the prize. In the evening we planned to explore some of Breda’s clubs including the Walkabout and Nassau.

The second day of our weekend was mainly focused on brainstorm sessions and getting our strategy on paper. After a delicious breakfast and some coffee, we set down together and had a brainstorm session. The team was split up to smaller teams in which you had to come up with fundraising events this year. Since we will advise but also invest in small companies in Jamaica, these events are very important to the success of our project. The windows were full of post-its showing our ideas. We came up with some ideas to organize a clothing swap, Jamaican food day or work on festivals together. In the upcoming week, the different small teams will work out the ideas to find out which one would suit our project best. After an intense brainstorm session, it was time to get some lunch in Breda’s city centre.

Surprisingly, we could sit outside having our lunch while enjoying the sunny weather. After lunch, we walked right into our next activity, an escape room. Split into two different groups we had to find out how to escape, which asks for teamwork! In the evening we entertained ourselves with some bears during a pub quiz prepared by Sophie about movie songs, Netflix series and commercials. Every team was playing fanatically, but there could only be one team winning. After the pub quiz, we decided to again visit our beloved city centre of Breda.

On the third day, a Sunday morning after two days of bonding, having drinks, brainstorming and exploring everything Breda has to offer, the weekend came to an end. Within two hours we cleaned up everything and while the weather became rainy we went back home again. After this weekend we believe our project really started. We came home with some new friendships, ideas and excitement to make the most out of this project.

Find out more about the author: 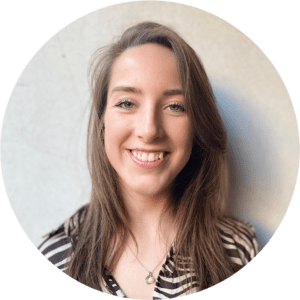